Communio veritatis is a priestly group that was founded in 2018 in Germany. The text is published here with the kind permission of the authors.

A Monitum to the Initiators and Participants

The so-called synodal path is a pseudo-theological disaster full of falsehood and lies. The initiators obviously want a church other than the one founded by Christ. 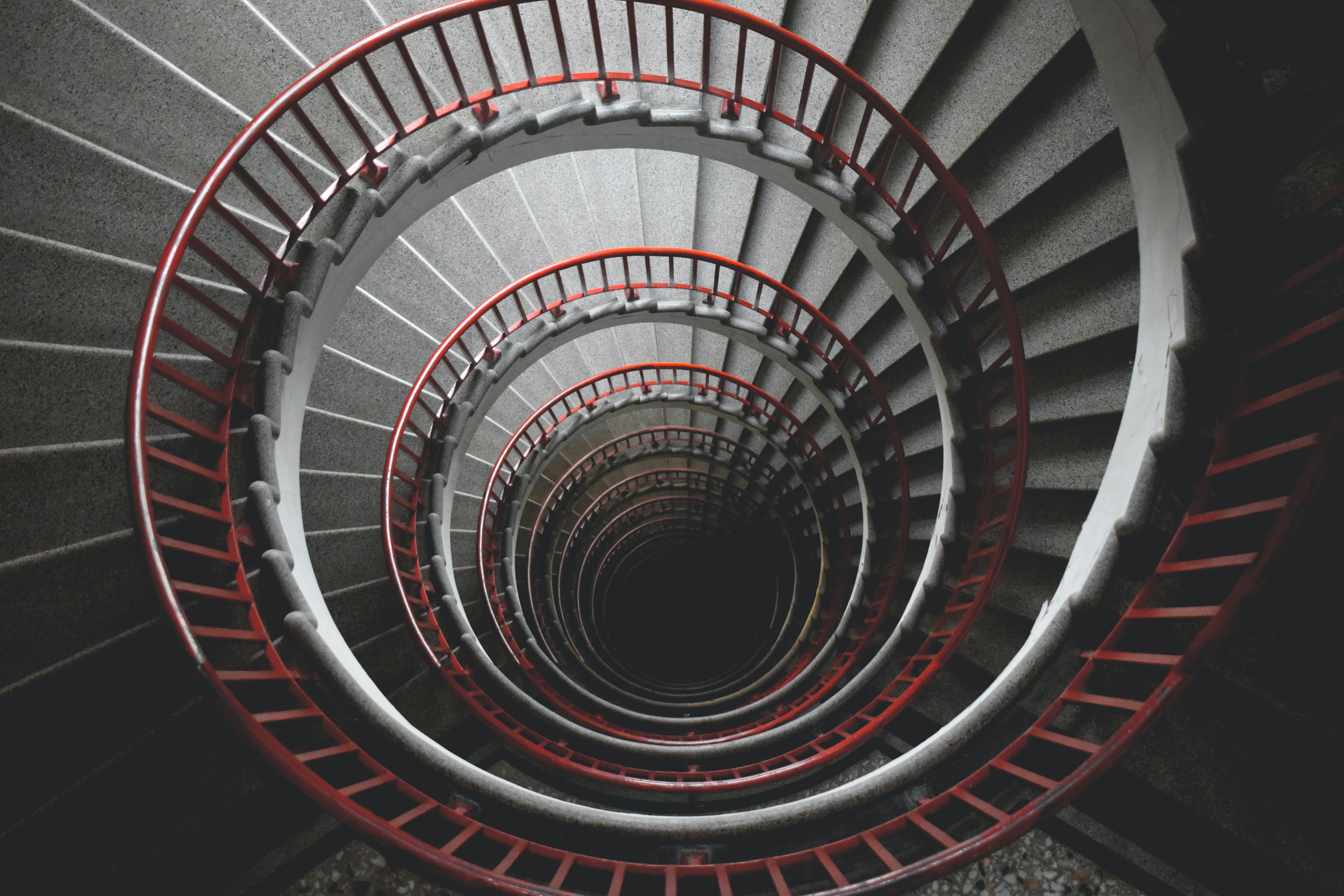 In the working paper of the preparatory forum on “Power and Separation of Powers in the Church” (status of 20 Jan. 2020) it says:

“A decisive task is not to bind the power of leadership and decision-making exclusively to consecration and to isolate it from the community of the faithful (communio fidelium), but to situate it well in the whole of the Church, which in all its members is the priestly People of God” (p. 17).

These words show the pernicious hubris with which you regard the Church of the Lord as your own property. Your arrogance expresses the exact opposite of what the Permanent Magisterium of the Catholic Church says:

“Christ established the ecclesiastical hierarchy to feed the people of God in His name. For this purpose he has given it authority. The hierarchy is composed of the ordained ministers: bishops, priests and deacons. By virtue of the Sacrament of Orders, bishops and priests, in exercising their ministry, act in the name and person of Christ the Head” (CCCC 179). “The ministerial priesthood is intrinsically different from the common priesthood, since it confers a sacred authority to minister to the faithful. Consecrated ministers exercise their service to the People of God through teaching [munus docendi], worship [munus liturgicum] and pastoral direction [munus regendi]” (CCC 1592).

You put up for negotiation God’s Commandments and want to decide for yourself which morality you consider to be acceptable to the majority, up to date and reasonable.
In doing so, you even invoke a “liturgical appreciation” of same-sex relationships (see working paper of the preparatory forum on “Life in Succesful Relationships”, status of 7 Jan. 2020, p. 19). The bishops, who have on several occasions spoken up in favor of the blessing of homosexual partnerships, receive media-effective support from the left-liberal Politburo of the ZdK-Functionaries [Central Committe of German Catholics, the lay organization which co-hosts the German “synodal path”]. These desolate demands are in blatant contradiction to Holy Scripture and the Catechism:
Based on the clear biblical testimony the Magisterium of the Catholic Church calls homosexual acts “a grave depravity” (CCC 2357). Such practices belong to the grave sins that seriously offend chastity (cf. CCC 2396) and are vehemently rejected by Holy Scripture (cf. Gen 19:1–29; Rom 1:24–27; 1 Cor 6:9–10; 1 Tim 1:10).
On your website synodalerweg.de you can also read the hypocritical assertion that the personal significance of sexuality has not been given sufficient attention so far. If one had adopted the Theology of the Body and the doctrine of the Communio personarum of Pope St. John Paul II, one would have to admit the opposite. It is precisely from your ranks that in particular the Apostolic Exhortation Familiaris Consortio has been deliberately ignored and fought against.
For the Church of the Lord, the nature and meaning of marriage and sexuality do not derive from the spirit of the world, but from God’s Revelation:

“Created as man and woman, he has called them in marriage to an intimate communion of life and of mutual love” (CCCC 337). “The conjugal union of husband and wife, founded by the Creator and endowed with its own laws, is by nature directed to the communion and good of the spouses and to the procreation and education of children” (CCCC 338).

Since you have obviously lost sight of the Imitation of Christ and of the perspective of eternity, you also do not understand the necessary priestly sign of total surrender to God. As was to be expected, according to your will the Amazon should flow above all through Germany. Therefore you ask: “Is celibacy the only form of life appropriate to the nature of the priesthood?” (working paper of the preparatory forum “Priestly Existence Today”, status of 12 Sep. 2019, p. 3). You sometimes feign a fundamental appreciation of celibacy, only to then actually overturn it by introducing the so-called viri probati [morally proven married men].
In this way you deprive the Church of the precious gift of grace, which the Lord Himself exemplified and entrusted to her, as Pope Benedict XVI confirmed in an impressive manner for our time:

“In union with the great ecclesial Tradition, with the Second Vatican Council and my Predecessors in the Petrine Ministry, I affirm the beauty and the importance of a priestly life lived in celibacy as an expressive sign of total and exclusive dedication to Christ, to the Church and to the Kingdom of God, and consequently confirm its obligatory character for the Latin tradition” (Post-Synodal Apostolic Exhortation Sacramentum Caritatis, 24).

The divisive intentions of the initiators are also clearly evident in the area of the ordination of women. In the working paper of the preparatory forum “Women in Ministries and in Offices in the Church” (status of 23 Oct. 2019) it says:

“In view of the question of the ordination of women to priests and bishops the theological arguments are to be reflected upon which are presented in the already existing documents of the Magisterium. Here […] must be certainly taken into account also the binding character of these doctrinal documents” (p. 12).

With this you suggest that the question of ordination has not yet been finally decided and is, as it were, the subject of a possible negotiation.
It is correct, however, that the answer to this question has already been given irrevocably:

“Wherefore, in order that all doubt may be removed regarding a matter of great importance, a matter which pertains to the Church’s divine constitution itself, in virtue of my ministry of confirming the brethren (cf. Lk 22:32) I declare that the Church has no authority whatsoever to confer priestly ordination on women and that this judgment is to be definitively held by all the Church’s faithful” (Pope John Paul II, Apostolic Exhortation Ordinatio sacerdotalis, 4).

Even the doubts you deliberately spread about the binding nature of this doctrinal statement have already been emphatically dispelled:

“In view of the Pope’s clear teaching act, which is expressly addressed to the whole Catholic Church, all the faithful must give their consent to the teaching contained therein. In this regard, the Congregation for the Doctrine of the Faith, with papal approval, has presented an official response on the nature of this consent. It is a completely definitive, that is, irrevocable, consent to a doctrine infallibly presented by the Church” (CDF, Response on the doctrine presented in the Apostolic Letter Ordinatio sacerdotalis ).

On this Feast of the Presentation of Our Lord, on which Christ our God is carried into the Temple in the arms of his Immaculate Mother Mary, we say to the initiators of the synodal path:
You are not servants of truth, but moderators of division!
Your agenda is not determined by the light of Christ and His Church, but by the altar of the spirit of the times!
Your aspiration is not to devote yourselves to the Kingdom of God, but to build a horizontal man-church!

All the more we want to be faithful to Christ the Lord, serve the Permanent Magisterium of the Catholic Church and entrust ourselves to the guidance of the Blessed Virgin and Mother of God Mary.

Paderborn, on the Feast of the Presentation of the Lord 2020

Oblivion of the Way and the renewal of the Church